Archive for the tag “compassion” 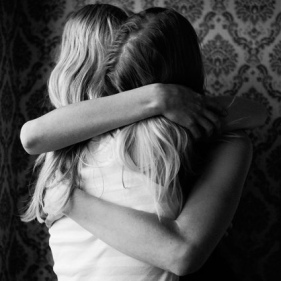 So far this week and weekend has been a really good one.  I’ve had some deep heart to hearts with close friends and a lot of honesty has been expressed.

Wednesday started off well. Before school started I walked to the senior locker area where some of the people I know gather in the mornings, like usual.   My close friends usually aren’t there in the mornings, but there are some people there who I’ve talked to before.  Often a circle of two gets formed, and as I walk over I often find it difficult to “get in” the circle.  I don’t know them as well so no one usually looks over at me or greets me until I tap someone on the shoulder and say hi.  But this time was different, a girl who I don’t normally talk to much, Alicia, waved to me right away when she saw me approaching, and I smiled and waved back.  I entered her and the other girls’ circle, even though I’ve hardly talked to anyone that she was with.  She complimented me and said I looked very pretty today, and cool with my sunglasses. I said thank you and smiled.  I talked with her and some of the other girls in the group until the first bell rang.

It was a good start to the day, and I appreciated the compliment and Alicia’s friendliness.  Sometimes I just wander around the school to waste time in the mornings because it’s hard to enter those group conversations with the people over there that I don’t know too well.

At lunch I had a heart to heart with one of my close friends.  We didn’t see any of our other friends at lunch, so we decided to wander off on our own to someplace where we hadn’t sat before, and ended up sitting on the bleachers at the side of the tennis courts.  She had told me the day before about how she’s been feeling excluded by some of our other friends, so I brought her a banana muffin from the batch I had made earlier in the week, and told her that bananas are supposed to boost happiness.  She smiled and hugged me, and said thank you.  She confided in me that she’d been feeling really depressed lately and had spent the last few days crying.   She’d been having some dark thoughts about herself, and I tried to convince her otherwise not to think those things.  I told her that I care about her a lot, and that I like how she’s usually always smiling and friendly to everyone.  She’s very caring and selfless.  She said she appreciated what I said and wishes she could talk to me more often because I always make her feel better about things.  (I’m currently one of those rare teenager in the world who doesn’t have a cell phone, but still, I borrow my mom’s a lot and she can always call me there.)  She said she’s always tries to please people and be the nice one, but she feels like she’s been taken advantage of and people don’t really care about her.  I told her I used to do a similar thing in middle school, and in 6th grade I was really taken advantage of.  I told her all about the bullying and teasing, though I thought I had told her before.  But she didn’t seem to know about it.  So I told her about how I had always tried to please people and let people walk all over me.  In return I was picked on every day for being too quiet/shy, and for not knowing the popular rap and r&b songs on the radio, and for not wanting to wear pink skirts like them, for not being “cool” enough, etc etc.  I didn’t go into everything that happened, but talked about some of it.

I mentioned some people that I thought would be great to spend more time with and get to know better.  She agreed and said she wanted to get to know those people better too.  Before I knew it the lunch bell rang and I realized I still had half of my lunch to eat.  I decided I would sneak some food in class later, and we walked slowly to our next classes, hugged, and parted. She was in my thoughts the rest of the day though, and I hoped she’d be all right.